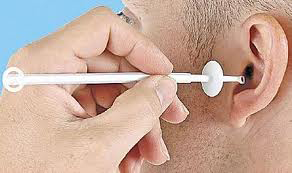 The introduction of tiny cameras that enter the ear canal, called video otoscopes, have made it possible for clinicians to view the ear canal and eardrum in much greater detail than they could with a traditional otoscope. Video otoscopy provides significantly greater magnification to explore the ear, making ear wax removal much safer.

Once the clinician has established the nature of the density and viscosity of the wax build up, they are able to determine the best approach for its safe removal.

Signs and Symptoms of Earwax Buildup

The appearance of earwax varies from light yellow to dark brown. Darker colours do not necessarily indicate that there is a blockage.

Signs of earwax buildup include:

Unremoved earwax buildup can lead to infection. Contact your doctor if you experience the symptoms of infection, such as:

It’s important to note that hearing loss, dizziness, and earaches also have many other causes. You should see your doctor if any of these symptoms are frequent. A full medical evaluation can help determine whether the problem is due to excess earwax or another health issue entirely.

If you would like to arrange an appointment to remove earwax, call us today on 08 7522 4235 or use the form found here.