How does the ear work? 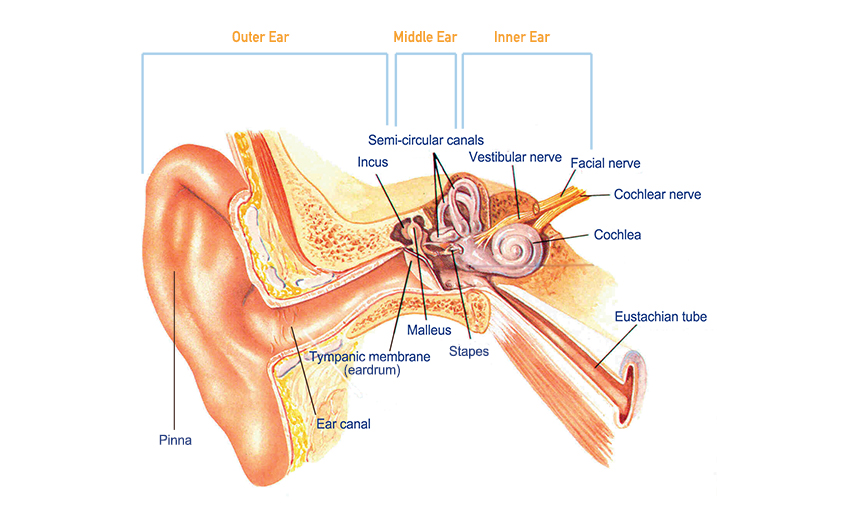 In order to best understand hearing loss and what can be done, it is important to first understand how the ear works and processes sound.

Sound first enters our ear at the pinna, which is the visible part of the ear on the outside of our head. The pinna is designed to collect sound waves and funnel them down the ear canal towards the tympanic membrane (eardrum). Together the pinna and ear canal are referred to as the outer ear.

The middle ear starts with the tympanic membrane. As sound waves travelling down the ear canal reach the tympanic membrane, it vibrates like a drum. Behind the eardrum is an air-filled space containing three tiny bones, the smallest bones found anywhere in the human body. The vibrations in turn cause these bones to vibrate. The middle ear consists of the eardrum, these tiny bones (malleus, incus and stapes) and the air pocket in which they reside. 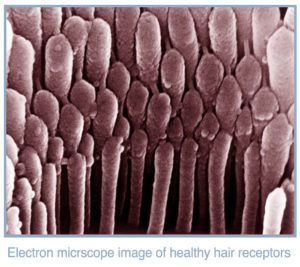 Thousands of tiny sensory hair cells within the cochlea convert the vibrations into an electro-chemical signal that’s carried by the auditory nerve to the brain, where sound is processed and interpreted.